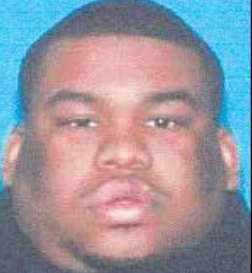 On the same night the Glock .40-caliber pistol was stolen from the Chevrolet Tahoe between Sept. 20 and 21, a Ford Fusion was broken into in the same parking lot. The vehicle’s front passenger window had been broken out. Investigators recovered a palm print above the passenger door handle that was a match for Jones.

Jones also admitted that he traded a Glock 9mm pistol to Blue Steel Guns & Ammo for a different Glock (a .40-caliber pistol). In order to complete the trade, Jones had to fill out an ATF form that required him to answer 15 prohibiting questions, including, “Are you under indictment or information in any court for a felony, or any other crime for which the judge could imprison you for more than one year.” Jones answered “NO” to this question, although he had been charged with receiving stolen property and had been to court four times prior to filling out the form. Jones later pawned the Glock .40-caliber pistol at Smart Pawn in Kansas City, Mo., for $300.