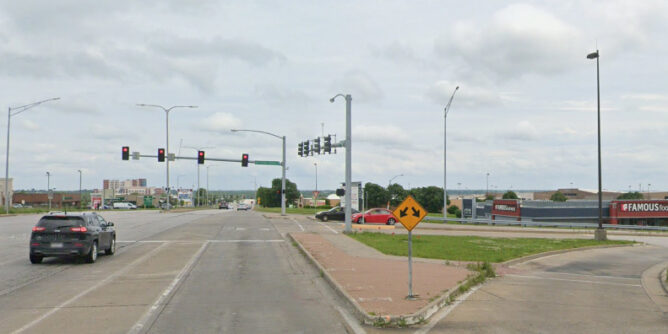 Independence police are having ongoing discussions regarding large groups of unattended juveniles causing disturbances around E. 39th Street and MO 291 Hwy at the Independence Center and surrounding businesses.

This is a statement put out by Independence Missouri Police Dept:
“After shoplifting calls, disturbances are the second most frequent reason our police officers are called to this area. Some of the disturbance calls involve fighting between large groups of juveniles, requiring the response of numerous police officers. Fortunately, there have only been a few of these incidents this year but we hope to reduce or eliminate them in the future.The Independence Police Department’s mission is to protect and serve. We thank the citizens of Independence and all the patrons visiting this area. We strongly encourage parents and guardians to not allow their teens to go in groups to the Independence Center and surrounding businesses unattended. We are looking out for the safety of the juveniles, other shoppers, and the businesses.An important part of this discussion is parental responsibility. We want the parents and guardians of juveniles to know that it is unlawful for them to “fail or otherwise neglect to provide proper care or supervision for the minor, to encourage, condone, or approve the commission of delinquent acts and/or to knowingly allow the minor to be endangered or exposed to the potential of abuse or exploitation of others.” (Independence City Ordinance SEC 12.03.009.B: PARENTAL RESPONSIBILITY)We continue to work with management and security personnel along 39th Street to reduce disturbances. We are also continuing our discussions with community stakeholders and organizations to assist with this issue. Some of the plans include increasing awareness and signage of rules and regulations, increasing the presence of officers and security personnel, amending curfew hours for this business district, and looking into alternative recreational activities for juveniles. The Independence Police Department has a good working relationship with members from NAACP, KC AdHoc Against Crime, the Boys and Girls Clubs, Jackson County COMBAT initiatives, and many other community partners. We invite the public to be observant and report any suspicious activity.We believe if we work together on this, we can prevent something bad from happening.If you witness any disturbances or crimes in progress, please call 911.”