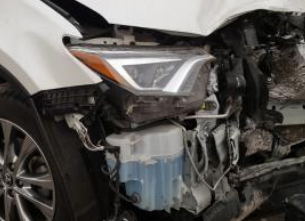 The Independence Police Department is investigating a multi-vehicle traffic crash that occurred at approximately 8:30 am at 31st Street and Blue Ridge Boulevard. The crash occurred when the driver of a 1999 Toyota Rav4 traveled east on 31st and failed to stop for the stop sign at Blue Ridge Boulevard. The Toyota Rav4 struck a 2008 GMC Sierra that was traveling north on Blue Ridge Boulevard. The driver of the GMC was transported to Centerpoint Hospital but later succumbed to injuries. The driver of the Toyota Rav4 was transported to Centerpoint Hospital with minor injuries. The identity of the deceased driver has not being released at this time pending notification of the family. The crash remains under investigation; however, it appears that the GMC Sierra driver was not wearing a seatbelt.