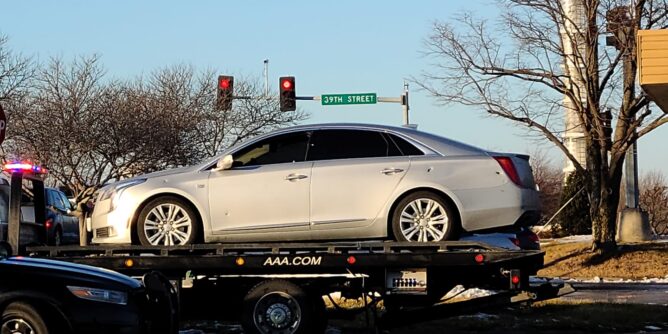 A shooting occurred in the parking lot of the Independence Center on 39th street this evening. Police say it appeared the occupants of two vehicles were shooting at each other when one of the involved subjects was shot in the head. He was transported to an area hospital and the injuries appear to be non-life threatening. One of the vehicles involved described as a dirty black colored Chrysler 300 occupied with after market rims that was occupied by an unknown number of black males when the shooting occurred fled the immediate area but was located not far from the scene unoccupied.