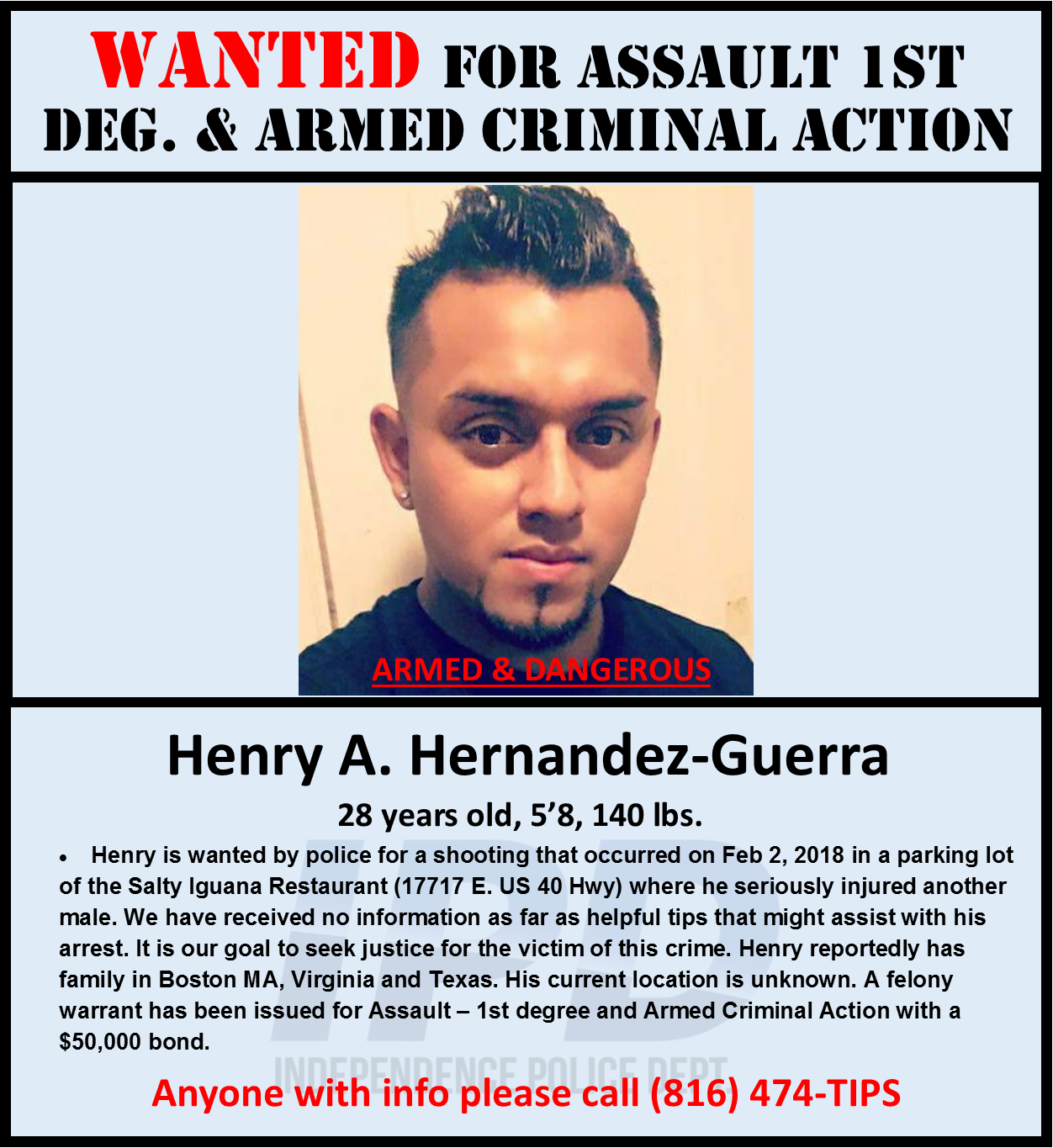 “It is almost the one year anniversary of an aggravated assault that occurred the night of February 2, 2018.

The suspect in this case is Henry A. Hernandez-Guerra. He is still wanted for the shooting in a parking lot of the Salty Iguana Restaurant (17717 E. US 40 Hwy) where he seriously injured another male.

We have received no information as far as helpful tips that might assist with his arrest. It is our goal to seek justice for the victim of this crime. Henry reportedly has family in Boston MA, Virginia and Texas. His current location is unknown.

He currently has a warrant for Assault – 1st degree and Armed Criminal Action with a $50,000 bond. We are still asking for people who know where he might be to call the TIPS hotline at (816) 474-TIPS.