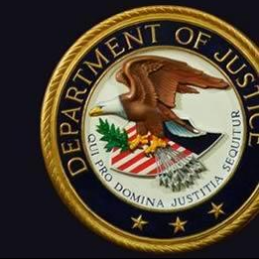 Charles E. Williams, 41, was sentenced by U.S. District Judge Roseann Ketchmark to 15 years in federal prison without parole. Williams was sentenced as an armed career criminal due to his prior felony convictions.

On March 20, 2018, Williams pleaded guilty to being a felon in possession of a firearm. Williams admitted that he was in possession of a loaded Norinco semi-automatic rifle on Aug. 7, 2015. Police officers had been called to the scene of a single-vehicle accident, which involved a Dodge Charger driven by Williams. When officers arrived, they were informed by members of the Kansas City Fire Department that Williams had been tossing items from the vehicle.

Williams refused to step away from the vehicle, and instead reached into the trunk and retrieved a red blanket, which he threw away from the vehicle. Officers ordered Williams to the ground; as they attempted to handcuff him, Williams became combative and resisted arrested. An officer utilized his Taser. At one point, Williams was able to stand up and began physically assaulting an officer by pulling at his traffic vest and kicking him several times in the leg. Several members of the fire department came to the aid of the officers. Williams was eventually arrested and placed in handcuffs.

The Norinco rifle was found inside the red blanket that Williams had taken from the trunk. When officers searched Williams, they found a small baggy that contained 1.13 grams of cocaine in his right pant pocket.

This case was prosecuted by Assistant U.S. Attorneys Brad K. Kavanaugh and Emily A. Morgan. It was investigated by the Kansas City, Mo., Police Department.