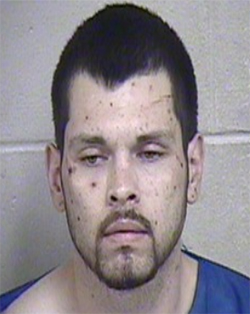 A Jackson County judge has sentenced Joseph Wyatt, 30, to 40 years in a Missouri prison for the robbery and kidnapping of 82-year-old Billy Fowler, a series of crimes in March 2017 that also resulted in Independence Police Officer Tom Wagstaff severely injured by a gunshot, Jackson County Prosecutor Jean Peters Baker announced today.

Today, the judge sentenced Wyatt to 30 years on one Robbery conviction, and 15 years on the Kidnapping, Burglary 1st Degree and second Robbery 1st Degree conviciton, plus 4 years on Resisting Arrest and 7 years on Tampering With a Motor Vehicle. The judge set all those sentences to run concurrently. He also sentenced Wyatt to 5 years on each Armed Criminal Action conviction and set those to each run consecutively to the other charges for a total of 40 years.

Members of the Independence Police Department were present in the courtroom for the sentencing, in support of Wagstaff. Michael Hunt, a Chief Trial Assistant in the Jackson County Prosecutors’ Office, told the court: “This was a brazen attack that the defendant must pay commiserate with the damage he inflicted.”