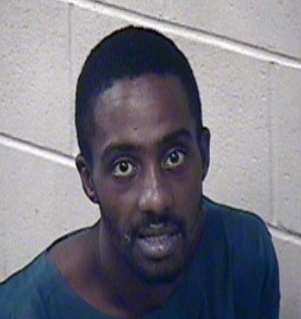 Thanks, in part, to DNA testing of a gun grip and wireless earbuds found at the crime scene, a 30-year-old Lee’s Summit man has been charged in the August 2018 fatal shooting of Cyrenaico Lange, Jackson County Prosecutor Jean Peters Baker announced today.

According to court records, Kansas City police responded Aug. 5, 2018, to 107th and Greenwood Drive in Kansas City and found a woman suffering from gunshot wounds in the street. She later was pronounced deceased. Multiple spent shell casings were found near the body, as well as a cell hone and wireless earbuds. A call to the victim’s phone was confirmed to have come from the defendant. Family told police he used to live with the victim. On Aug. 10, 2018, the defendant was arrested on a unrelated felony warrant. A stolen handgun was found under a mattress in the motel room where he was arrested. It was tested for DNA and the Kansas City Police Crime Lab found the gun matched the gun used to fire shell’s at the Aug. 5, 2018, homicide scene at 107th and Greenwood. Also, a swab of DNA taken from the grip of the gun matched DNA from the defendant, as well as DNA from the ear buds found at the crime scene. The defendant has a previous felony conviction from 2014, which means he was in unlawful possession of a weapon.