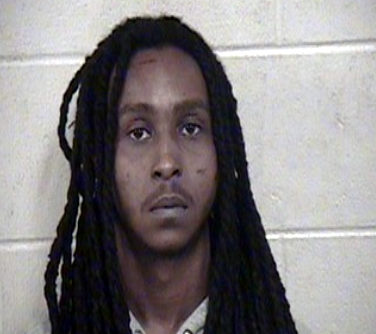 Tayvion Nelson was charged in Jackson County Missouri on September 26, 2018 with Murder 2nd Degree, Robbery 1st Degree, Burglary 1st Degree and two counts of Armed Criminal Action. The charges stemmed from an October 12, 2016 incident in the 1700 block of SW Parkridge in Blue Springs where a 46 year old male was shot and killed during a burglary. Court records allege that three men with covered faces entered the residence with handguns, a fight ensued and the home occupant was shot as he attempted to run away. Two other suspects in the case were already in custody and awaiting trial but Nelson was on the run and actively hiding from authorities.

On February 28, 2019 the U.S. Marshals task force in Kansas City adopted the case for fugitive apprehension to assist the Blue Springs Missouri Police Department. On March 13, 2019 deputy marshals and members of the Kansas City Career Criminal Task Force tracked Nelson down to a home in Kansas City where he was taken into custody after he was found hiding in a basement.