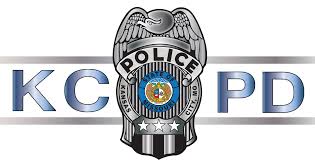 The officers had been facing a misdemeanor charge.

In May, a grand jury indicted the two defendants — Matthew G. Brummett, dob: 2/14/1983, and Charles Prichard, dob: 11/13/1972 — for the misdemeanor charge of Assault 4th Degree for recklessly causing pain to the victim, Bryan Hill, also known as Breona Hill or Briya Hill.

Today, the grand jury, after taking further testimony, indicted those two officers, Brummett and Prichard, for the Class E Felony of Assault in the 3rd Degree, for knowingly causing physical injury to the victim by slamming her face against the concrete sidewalk, kneeing her in the face, torso and ribs and forcing her arms over her head while cuffed.

The victim in this case was shot to death in October 2019 in a residence on Hardesty in Kansas City. A defendant has been charged in connection with that shooting.

The foreman of the grand jury signed an affidavit today detailing the new evidence the grand jurors considered in their investigation of the arrest of Bryan Hill. According to that affidavit, witnesses came forward after the initial May indictment of the officers. One witness, who was lead defensive tactics instructor in the summer of 2019 at the Regional Police Academy looked at media reports, including a video, about the arrest. This witness said there were several issues with force used during the arrest. The instructor’s commanders supported the instructor’s conclusions and raised other issues about the arrest they believed were not justified. The two officers were made to go through retraining.

A second witness who was a former defensive tactics instructor also reviewed the media reports and contacted a member of KCPD command staff to say there were issues with the force used during the arrest, the affidavit also stated.

Evidence was also presented to the grand jury about the extent of the victim’s injuries as a result of the force used during  the arrest, according to the affidavit.

The charging documents can be viewed at this link: https://www.jacksoncountyprosecutor.com/DocumentCenter/View/1554/Brummett-PrichardJOINT-INDICTMENT