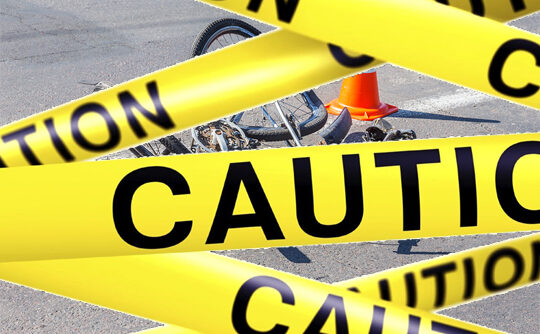 The Independence Police Department is investigating a traffic crash that occurred at approximately 1:30 AM, on December 22, 2020. The crash occurred in the westbound lanes of 23rd Street, west of Liberty. A westbound Honda Civic struck a bicyclist that was also westbound on 23rd Street. The driver of the Honda Civic left the crash scene but was later located and taken into custody for leaving the scene of an accident.The bicyclist was not wearing a helmet and was taken to Centerpoint Hospital, where he remains in critical condition. The victim’s name is being withheld at this time.