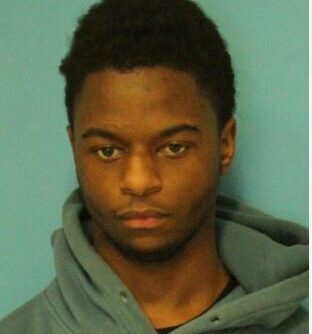 A 21-year-old Kansas City man, who surrendered after a police standoff Monday night, has been charged in a fatal shooting on an Amtrak train while it was in Lee’s Summit on January 14, 2022, Jackson County Prosecutor Jean Peters Baker announced today.

According to court records, Lee’s Summit police were alerted on January 14, 2022, of an armed carjacking behind Konrad’s in Lee’s Summit. About the same time, police also were alerted to a shooting on the Amtrak train and the suspect had exited the train in Lee’s Summit. The Amtrak continued onto Independence, where the victim was pronounced deceased. The victim in the carjacking told police a man opened his driver’s door while parked. Amtrak officials could not account for the defendant’s whereabouts but a check of his phone showed the phone moving directly toward Kansas City after the Lee’s Summit stop, rather than traveling on to Independence. On Monday night, Lee’s Summit and Kansas City police executed a search warrant at a Kansas City address after searching for addresses associated with the defendant’s phone. During this activity, police saw the defendant attempting to exit from the apartment’s rear. The defendant and police pointed guns. After more than four hours, the defendant surrendered without incident.

Prosecutor Baker praised the collaboration between the police agencies Lee’s Summit and Kansas City and the resulting arrest without any harm to anyone.