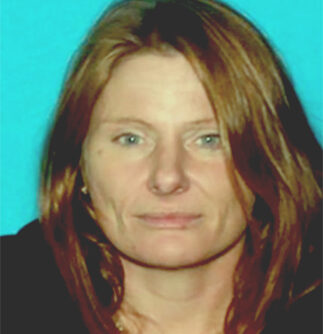 Detectives in Clay County, Missouri are hoping new information and additional reward money will help solve a homicide case. Alesha J. Reade, 45, who went missing one year ago today. Her remains were located two days later in rural Clay County, Missouri. “This murder has weighed on our investigators and our community for a year,” Sheriff Will Akin said. “We have never stopped working this case, and we will continue to do so until justice is served, and Alesha’s family has closure.”

Reade was last seen at the Fav Trip gas station at 10507 E. 23rd St. in Independence, Mo., about 8:40 p.m. February 9, 2021. Detectives are now releasing that she was last known to be a passenger in a dark-colored Volkswagen Passat. Reade was reported missing in Independence on Feb. 11, 2021. Later that day, her remains were located near Cameron and Easley roads in Clay County. Reade’s family is offering a $5,000 reward for information leading to an arrest in her case. This is in addition to the $2,000 reward offered by the KC Crime Stoppers TIPS Hotline. Reade was a mother from Independence. Her family misses her greatly and is seeking closure. Detectives are seeking any information that can help them solve her murder. Tipsters can call Clay County, Missouri detectives directly at 816-407-3723 or can remain anonymous by calling the TIPS Hotline at 816-474-TIPS (8477).