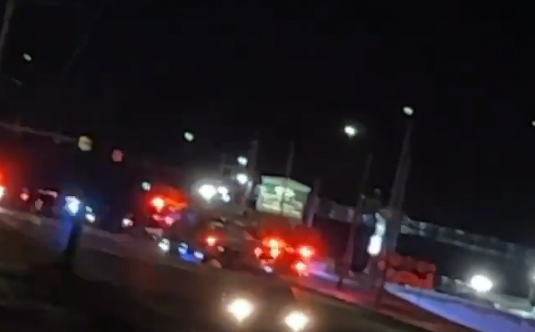 The Missouri Highway Patrol is investigating an officer involved shooting that occurred at 24 Highway & Noland road around 8:00 p.m. last night. According to police scanner traffic, AMR and the Independence Fire Department were dispatched to a medical call a short distance away. After the dispatcher put out the call another radio transmission was heard telling them shots were being fired and police were requested to the scene to secure it. While officers were responding to the call they observed a white sedan speeding away from the area and briefly chased it. They disregarded the pursuit and shortly after the vehicle crashed at 24 & Noland. According to the Highway Patrol, a rifle was located at the scene where the officer involved shooting occurred. No officers were injured in the incident.