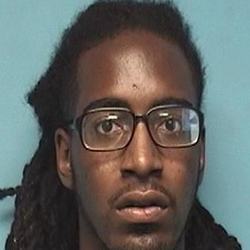 According to court records filed today, Independence police were dispatched Thursday to the 18800 block of E. Wigwam Place in Independence on a shooting. Officers found the victim in the front of the residence. He was later pronounced dead at Centerpoint Medical Center. Police soon identified a second scene after the defendant collapsed in front of another Independence residence due to gun shots wounds. He was transported to North Kansas City Hospital. Surveillance video from a neighbor of the Wigwam scene showed the defendant firing two shots at the victim before a struggle began. The victim gets the gun away and fires shots at the defendant as he starts to drive away.

Matthew’s mother, Pamela Bland, issued the following statement in response to the death of her only son:

“Matthew Bland-Williams was a funny and loving son. Although he was an only child, he was close to his eleven first cousins and had a large group of friends.

“Helping others came naturally to Matthew. Just last week, he met my while working at the church pantry providing food to community. When our family was told he was taking his friend food, at the time of his death, this act of kindness felt like something Matthew would do.

“Like so many victims of violent crime, Matthew’s future was bright. He had plans to move in with his best friend and put a difficult time behind him. His life was snatched away before he could reach his full potential and start a new business.

“We are grateful for the quick action of police and the prosecutor to identify and charge one suspect. We look forward to learning the truth about what happened. We want everyone involved in his death held accountable.”