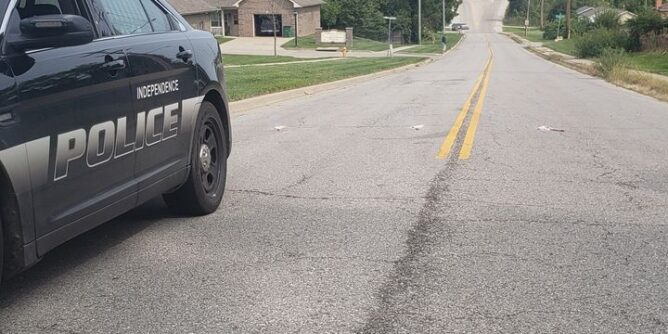 There was a large police presence off of Salisbury road today between 291 and 24 highways. Police were actively searching for an armed suspect who brandished a firearm at an Independence Missouri police officer and then ran off on foot. The officer initially encountered the suspect on a call for service of an assault involving the male suspect and a female. After an extensive search, the suspect was located and safely taken into custody without further incident.