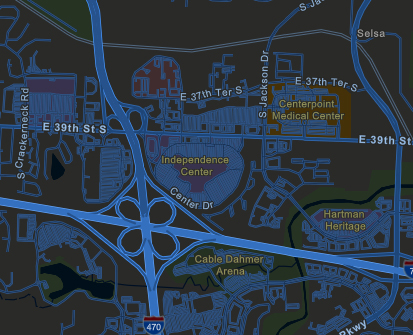 The City of Independence released the following statement today regarding the 39th street business district:

As local businesses and patrons prepare for holiday shopping, the City of Independence is taking steps to provide a safer, more welcoming environment around the Independence Center shopping mall. On Monday, the Independence City Council approved a new curfew ordinance intended to curb ongoing issues related to unaccompanied minors in the region. This follows months of conversations between mall management, the Independence Police Department and local groups to ensure all interests were being considered.“We have had incidents at various businesses, restaurants, entertainment venues, shopping areas and parking lots throughout the region,” Independence Police Chief Brad Halsey said. “In all of these incidents, minors have been causing disturbances, affecting the flow of traffic, and negatively impacting the experience of others visiting these venues. This has diverted police attention from other areas of the community requiring additional presence to protect the patrons and businesses in this area.” Over the last few years, we have seen an increase of dangerous disturbances in the area. In November 2019, one large scale disturbance required regional emergency assistance from other law enforcement agencies. The incident shut down the business, caused property damage, including damage to a police vehicle. Minors moved to area restaurants taking food from servers and off patron’s tables. In 2019, another disturbance within several businesses in this district cumulated with the shooting of an unaccompanied minor by a fellow minor in the parking lot. This year we have already seen an uptick in similar incidents and we hope to drastically reduce them during this holiday shopping season to keep the area safe for everyone. “During our police response we have found it challenging to locate the parents of many of these minors. We’ve learned that they reside both in Independence and throughout the Kansas City metro area,” Chief Halsey said. “We have worked closely with area leaders of the NAACP, Boys and Girls Club of Greater Kansas City and community members to find ways to share these changes with the parents in the greater Kansas City region.” Beginning November 27, a curfew will go into effect from 9 P.M. through 6 A.M. each night in the I70/M291 District. The District is generally described as the area between 40 Highway on the south, 39th Street on the north, including all public and private businesses directly accessed by 39th Street, Little Blue Parkway to the East, and M291 Highway to the West including all public and private businesses directly accessed by Bass Pro Drive west of M291 Highway. The curfew locations include public streets, public grounds, public buildings, amusement places, dining places, vacant places, and shopping places.“In 2017, we implemented a new strategic plan which included a key focus on the perception of public safety,” Mayor Eileen Weir said. “This ordinance and the proposed changes we are making in this district are meant to ensure that our residents and visitors know the City and our business partners are committed to creating a safe environment. We look forward to the continued collaboration with all our partners in the region.”This curfew will be strictly enforced and the parents of unaccompanied minors will be issued citations. The ordinance defines minors as anyone under eighteen years old. Exceptions are given to minors who are in public going home from a school activity, recreational events, dances, concerts or work or has been given an emergency errand directed by his or her parent or guardian. Signs outlining the curfew will be installed throughout the district. Additionally, the City is taking steps to provide brighter street lighting in the area for the safety of patrons and motorists. There will be an increased police presence in the area to support these changes and to support retail loss prevention and security partners. Additionally, the Police Department is working with regional agencies to provide additional short-term surveillance within the area and is currently evaluating funding solutions for long-term versions throughout the district. Citizens and businesses in the area are encouraged to report suspicious activity or crimes in progress seen in the area as soon as possible. Please call 9-1-1 or (816) 836-3600.